Clubhouse’s Journey From Being In, to OUT Of Favour 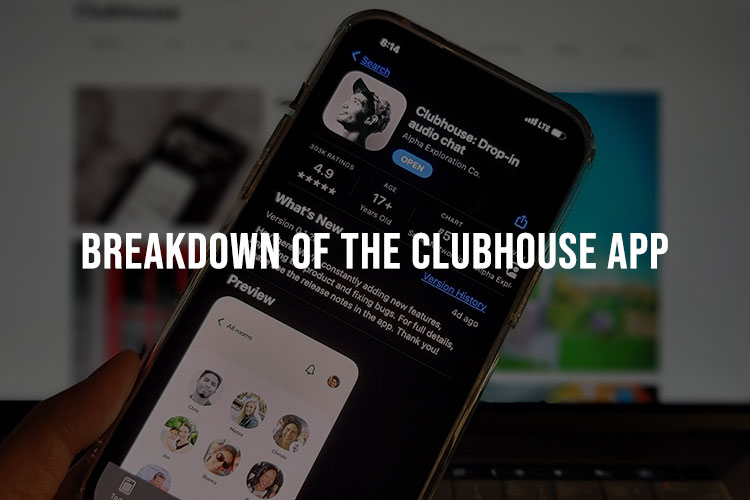 Not a single person can forget about the trauma Covid-19 caused worldwide. where people were forced to maintain social distance to halt the impact of coronavirus on others. Everything was done virtually; from jobs to schooling, shopping and even socialising. To make things easier on the personal interaction front, a virtual platform or app was launched to enable communication through different ‘rooms’. Do you know which platform we’re talking about? Yes, it’s Clubhouse!

For a short period, the Clubhouse app became the preferred medium for a live discussion right from the comfort of your home. Everyone was talking about it at first, and the excitement was strong. But then, all of a sudden, no one was interested. What went wrong?

Going forwards, we will discuss the story of the quick rise and quicker decline of the Clubhouse App.

What is a Clubhouse?

In layman’s terms, Clubhouse is a social networking platform that was launched back in 2020 by Paul Davison and Rohan Seth of Alpha Exploration Co., headquartered in San Francisco, California. Initially, the app was introduced on iOS only, and is now available for Android users as well. As a social media startup, it was designed for podcasts under the name Talk Show but was later branded as Clubhouse. Anyway, this platform was eventually fitted out to be a place where users can have healthy discussions. As a user, you can listen to live interviews, as well as partake in discussions.

What exactly is the clubhouse business model? In the beginning, clubhouse was seen as a social media platform to connect with people for live discussions. But today, it is seen as a platform providing people with unique business ideas for their ventures. Whether you’re an iPhone user or an Android phone user, you can use this app as long as you’ve been invited to join. Then, you can invite friends to join as well. There is no doubt that the Clubhouse has been working hard to support a larger audience.

Clubhouse is a purely audio-based app that resembles the modern form of radio, strongly emphasising social interaction only. As an individual, you can create digital audio rooms where you can discuss any topic of interest. You can either participate in the discussion or just listen to discussions that are ongoing.

Initially, the company faced a lot of complications because of its guidelines. The guidelines prohibited conversations from being recorded, reproduced, shared without permission, or transcribed. Such prohibitions have resulted in bullying, harassment, and racism on the app. In fact, countries like China, Oman, and Jordan have banned the app completely.

However, to control the number of active users on the platform, an invite-only version of the app was introduced. It means anyone can download the app but they can’t register  and access it unless they get an invitation from a friend who is a user. This invite-only model helped big brands control the crowd, fake accounts and irrelevant trolling. 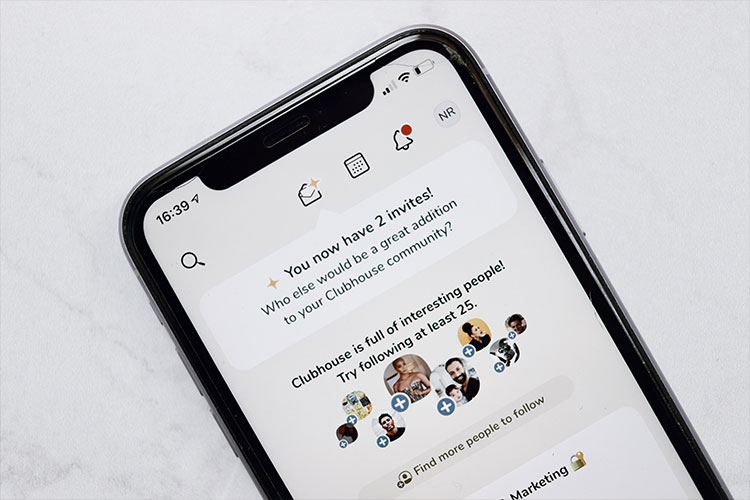 The rise of Clubhouse

Clubhouse debuted in April 2020 and has rapidly become one of the most popular apps on the market.

In less than a year since launching, they’ve raised hundreds of millions of dollars and amassed more than 10 million active members. However, it gained actual popularity in 2020 when everyone was confined to their homes due to the Covid-19 pandemic. Worldwide Google searches for “clubhouse app” began to rise in December 2020, around the time of the launch, and peaked in February 2021, when the hype machine was fully operational. In fact, businesses found it to be a great way to connect with their audience in a more personal way.

Another reason for the popularity of the app was that it helped people connect with their favourite celebrities in real-time. Elon Musk, Mark Zuckerberg, Justin Bieber, Kevin Hart, Drake, etc. are some renowned celebrities who connected with people on the app in real-time.

Clubhouse’s success in February 2021 came almost as quickly as its decline. It was May 2021, when the decline of the Clubhouse model started taking place. Why did Clubhouse start declining? There are many reasons, but two of the main ones are:

There are many reasons that lead to the decline of its popularity. Above all, Clubhouse isn’t suitable for people other than high-volume creators; with app overloads, issues of having fake gurus and spammers existing on the platform.

Clubhouse, now, also has a major competitor with large resources i.e. Twitter Spaces. With Twitter Spaces, you can have emoji reactions in your conversations. Auto-captions are also available in Spaces, which is very useful for persons who are deaf or hard of hearing.

Apart from presenting Twitter Spaces in content that users currently follow, Twitter will also be able to leverage its existing Explore function — or, perhaps, a new discovery page for Spaces — to recommend audio content to users based on their interests and even their geographic location. Twitter can influence Spaces and compete in the live audio industry by leveraging its size and more interest-oriented approach.

How does Clubhouse make money?

It’s been only two years since the launch of the app, and so its focus is still on its growth, which means increasing its user base. In April 2021, the platform came up with a payment option allowing creators on the platform to accept donations and monetise their audience.

Moreover, the app revenue strategy of the platform can be compared to that of the crowdfunding site Patreon. Patreon is a platform that enables independent creators to accept funding directly from their audience. However, Patreon charges a modest fee for the transaction, and it’s unclear how much the Clubhouse app charges its users.

However, here are two crucial revenue streams that the platform uses:

The company also offers other opportunities such as display advertising on the app, selling tickets for events, and charging subscription fees to give premium access.

Unleashing the potential of commercial marketing on clubhouse

One thing is clear: Clubhouse isn’t the only audio-based interaction app, but is definitely one that made its mark. Several social media platforms also came up with audio features in their platform and became its competitors. For example, Twitter introduced Twitter Spaces, Instagram launched a feature where you can go live without turning on video, and Facebook introduced live audio rooms.

Above all, Twitter Spaces is the major contemporary of the Clubhouse business model. Moreover, it’s harder to spend time on Clubhouse than it is on Twitter and other social media platforms. This was the major reason why Clubhouse failed. Though Clubhouse has now fallen from grace, it has still managed to retain some of its loyal customers. If the app wants to rise to the top once again, it’ll have to innovate and transform itself to a platform that is revenue generating and accessible to its users.

Do you want to grow your business or establish an online presence in the market? If yes, Savage & Palmer is a company containing experts who help clients increase their online presence and scale up their businesses. Connect with us right away.