How Domino’s Is Riding The Zomato and Swiggy Wave? 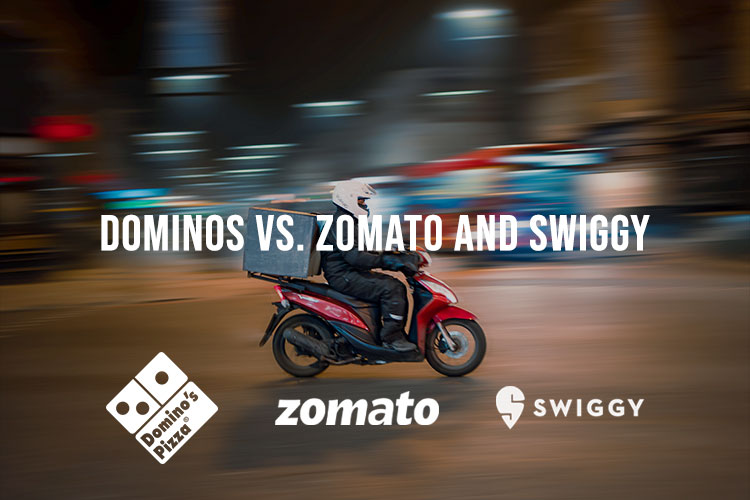 Amidst the digitalisation of the fast-food market, Domino’s India launched its android app in 2012, which has had 57 million downloads so far. Even though dine-in options were plentiful when Domino’s kicked off in India, the company was already driving its success through successful marketing campaigns. With buy-one-get-one-free offers, and loads of other deals & discounts, it started striding past its competitors even faster.

To put this into context, Domino’s India was lagging behind McDonald’s India in 2012, but in just four years, Domino’s has doubled its outlets and now has a 16 per cent market share in the Rs 100 billion Indian chained foodservice industry. Pizza Hut India, its nearest competitor in the pizza sector, has a measly 4.4 per cent market share, demonstrating the significant gap between the two companies. In the fiscal year 2017, the annual revenue of Domino’s India was nearly Rs. 193.5 million against Rs 3.09 billion of Zomato. With over 1.7 million downloads, the Domino’s app accounted for almost 68% of Jubilant’s sales in December 2019, which was just a quarter of Zomato and Swiggy combined. Jubilant has been able to reduce its dependency on third-party food delivery apps for Domino’s, thanks to attractive app discounts and an accessible UI.

How Domino’s India manages to sail amongst the big food tech sharks?

Even if you know nothing about Domino’s Pizza, you would have heard about its “30 minutes or free” pizza delivery. Call it a smart marketing move or whatever, but this became the foundation of Domino’s India’s business. It was clearly the company’s marketing strategy that bestowed success on it. It not only strengthened its presence in the QSR industry, but also empowered it to compete against the duopoly of the most popular food tech companies Swiggy and Zomato.

Initially, the company faced competition from third-party food delivery aggregators like Zomato, Swiggy, and Foodpanda. But, it chose to play smart and made a few informed data-driven business decisions that secured its individual identity in the Zomato-Swiggy era.

Domino’s India developed a much-needed product enhancement and strategy adjustment in August 2017. “Earlier this year, we launched our new strategy for generating sustainable, profitable growth,” stated Mr Pratik Pota, CEO of Jubilant FoodWorks Limited. Product Improvement, Value for Money, Seamless Customer Experience, and Superior Technology were the core pillars, all of which were supported by a focus on decreasing costs and creating efficiencies.

A 360-degree marketing effort that covered television, digital, press, and radio, aided this. They also now have a fresh design, with blue and white packaging that emphasises the differences.

Domino’s AnyWare is the company’s most innovative effort to keep a Domino’s order button at their customers’ fingertips at all times. Of course, this multi-channel approach to client interaction opens up the possibility of generating and capturing a large amount of data, which Domino’s uses to increase the efficiency of its marketing.

Pricing, value, and loyalty programmes are all evaluated to see whether they will generate traffic, and this strategy is definitely paying off. Domino’s is able to do so due to its technological capabilities. 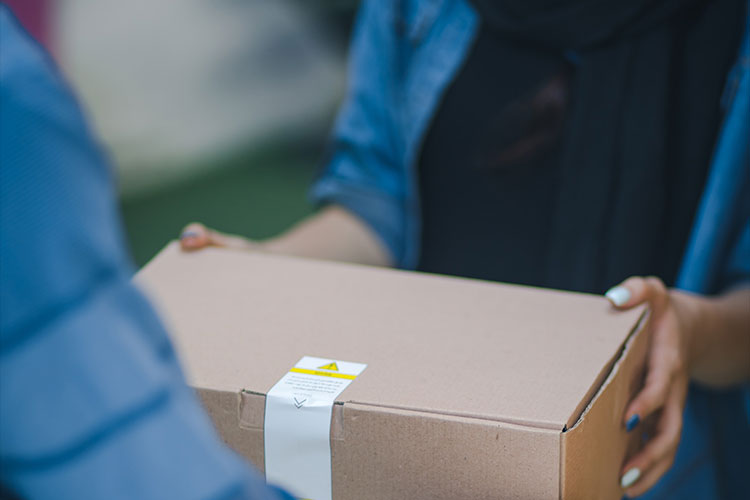 Why does Domino’s India keep Zomato and Swiggy at bay and how does it benefit the pizza chain?

Domino’s may be a master at delivering pizzas to customers’ doorsteps, but it is only a means to an end. Its true purpose is to sell more pizzas, which enables a high profit margin. Domino’s often maintains its delivery prices low in order to sell more pizzas. If a company as data-driven and experienced in delivery as Domino’s can’t profit from this, we have to ask if anyone else can.

At present, delivery companies and their most ardent supporters appear to be betting on the notion that customers will be prepared to pay more for faster delivery. Consumers, on the other hand, are already paying exorbitant costs for these things to be delivered, in the form of fees to delivery companies, gratuities to their staff, and charges from restaurants that pay aggregators exorbitant fees. The price difference is significant.

Since Domino’s is already focused on building a loyal customer base and has high volume deliveries, it refused to hand over the delivery of its pizzas to Swiggy and Zomato. That’s how the company tapped into the exceptional benefits that McDonald’s refused by clicking on the third-party delivery aggregators button.

Zomato and Swiggy charge around 15-28% commission from the restaurants for each order being placed from their platform. There are many other commissions based on actors such as the order size, restaurant type, average order value, predicted order volume, and delivery expenses.

This means, if your Domino’s Pepperoni Pizza is worth Rs. 500 via Zomato, you will have to pay around Rs. 550. With nearly 2 lakh Pizza deliveries every day, Domino’s India would have been paying millions to these food delivery aggregators. However, the company saved on that by keeping delivery lines in its grasp.

Though technology is there to help, Domino’s India eliminates unwanted account reconciliation issues by not partnering with Zomato and Swiggy. The whole process is really time consuming and the company keeps the big dogs of the delivery industry at bay with this move.

None of this is to say that third-party delivery companies will go away—they won’t. As a rule, if customers demand service, the market figures out how to provide it.

However, Domino’s recently made a deal with the food tech sharks Zomato and Swiggy. Since the company has been using big data to derive insights into customer ordering habits and other information, they will now use both these food delivery aggregators’ databases to add to their treasure trove of information. This way, the company can penetrate the customer base of Zomato and Swiggy, as well as serve its loyal customer base that still chose to order from the Domino’s India app or over the phone.

To expand and evolve its business, Domino’s has relied on core business foundations and best practices. They’ve also pushed for a number of new concepts that might become new best practices for startups in any area, not just in the food industry.

Here are three essential lessons to be learned from Domino’s unexpected path:

Build a self-aware and inspired organisation

Domino’s knows its brand inside out. This is the primary reason they didn’t scatter, even in the most difficult phase, and especially when Zomato entered the market. Domino’s has clearly defined its goal and value propositions for customers, which is why it gets the most repeat business. Around 80% of Domino’s India revenue comes from its 20% of customers.

Use technology to do what you can’t do single-handedly

The use of technology is what literally transformed Domino’s and gave it a competitive edge in the market. The American restaurant company has been spending extensively on technology in India, and online sales now account for roughly 30% of its business, or Rs. 250 crore, up from 16% last year. In addition, the company’s digital marketing spending has climbed dramatically, from 5% in 2015 to 25% in 2021.

Domino’s has been on a long and winding road to becoming the hero it is today. Their recent turnaround and innovations have served as excellent examples of how businesses may overcome challenges and apply forward-thinking to their core value.