Is Netflix Struggling With The Competition? – Part 1 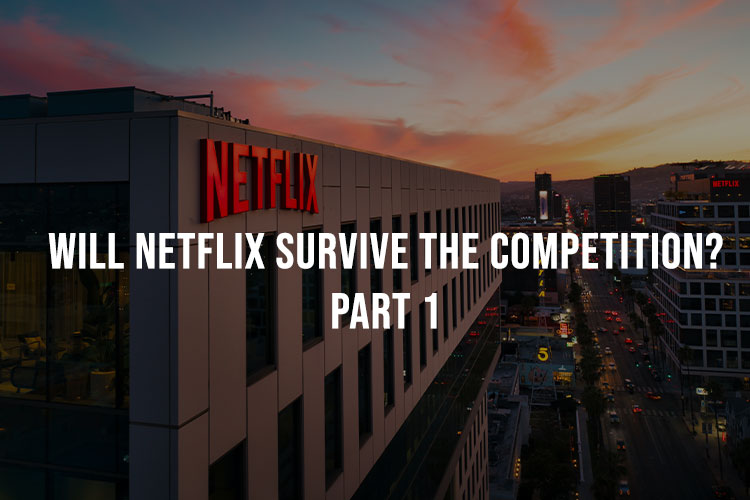 It’s pretty crazy looking back at the time when Netflix took the world by storm. They brought binge-watching to the mainstream.

Before Netflix, people used to wait for a show to come out on DVD, and they had to get up from the couch to change the disc after every couple of episodes. The fact that this was a reality is insane! But, then Netflix came along and changed everything. It puts all those episodes in one place, so all you have to do now is click play, and then chill. Netflix started out as a DVD shipping company in 1997, and was created by Reed Hastings. Netflix consumes more than 15% of worldwide bandwidth today. With an idea to cut the cords on how people traditionally viewed media, these streaming giants changed the entire entertainment industry.

How did Netflix change the way we stream?

With the power of technology and personalisation, Netflix took the game too far out of everyone else’s reach. Leveraging its powerful backend algorithms and recommendation engines, Netflix knows what its audience wants and serves them with precision.

If there is one thing that this streaming behemoth is known for, it is the high quality of the original material it produces. Netflix has created world-class original shows for the past ten years, beginning with Lilyhammer in 2012. House of Cards, Orange Is the New Black, Stranger Things, The Crown, Money Heist and a slew of other gripping shows.

Earlier television networks used to pick and broadcast shows based on pilots. Netflix altered this procedure by awarding creators with contracts that included the making of full seasons. As a result, we now have a plethora of fantastic series and films coming out every month.

In spite of all this, Netflix’s subscription growth slowed dramatically last year, pursuant to a record year (2020) in which the world’s most popular video streaming service added 36 million subscribers to its roster. Netflix added 8.3 million customers in the last three months of 2021, bringing the year’s total subscriber growth to 18.2 million, according to the company’s latest earnings announcement. This is the lowest annual membership growth since 2016, when Netflix added around the same number of new subscribers. While this may appear concerning at first glance, there’s no need to fear the demise of Netflix just yet.

According to Netflix’s Co-founder, President and Co-CEO Reed Hastings, the company’s slow growth in the Indian market is “frustrating”, but the country’s “I know someone who knows someone” attitude is pushing the company out of the market.

In the second week of April 2022 Netflix had a market cap of $99.2 billion, down from over $300 billion in November 2021. The first two weeks of April were particularly bad for Netflix. Company’s stock plummeted 35%, lowest since 2004. This is the company’s poorest first-quarter increase since it split its DVD and streaming services in 2011, and it’s unlikely to calm investors’ fears. But, this is not the first time Netflix has been through a tough time. The company successfully beat the competition in the 2000’s as well. 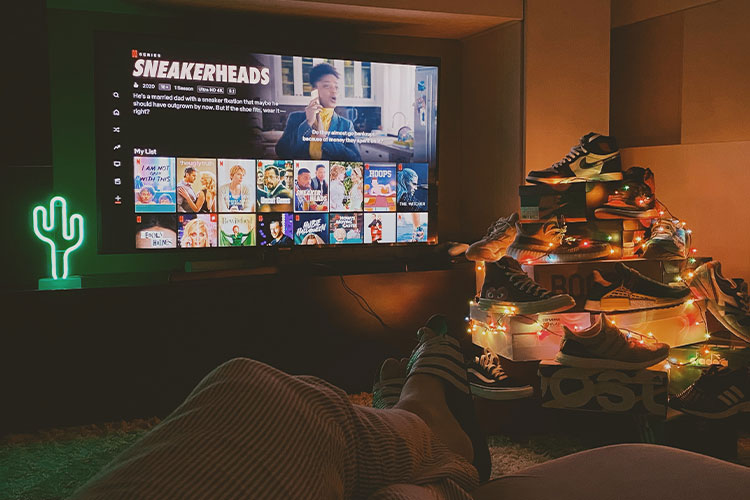 How did Netflix beat rivals like Blockbuster and survive the 2000s?

Did you know that Netflix began because Reed Hastings grew annoyed with the exorbitant  late fees that Blockbuster was charging to customers renting their DVDs? As you are aware, Netflix began as a DVD shipping company, and this was one of the primary reasons why. Netflix was fighting for relevance during the start of the 2000s, which seems hard to believe now. In 2000, it squandered more than $50 million, struggled to reach even 300,000 users, and abandoned plans to go public when the dot-com boom took place. Netflix’s journey to reach the top was not easy. The company’s fate was first put in the balance when, in 2004, its arch nemesis Blockbuster announced that it would also begin to deliver/ship DVDs to its customers. And, with Blockbuster’s huge network of stores and services, they had the ability to crush Netflix in  just a few months.

However, Netflix was able to flip the script to beat out its then competitors. With 130 million customers in nearly 200 countries, a growing portfolio of award-winning programmes, and a market capitalization of more than $150 billion, Netflix now dominates the entertainment scene. That’s comparable to Disney. And what about Blockbuster? It declared bankruptcy eight years ago and now has just one store left.

Netflix outsmarted Blockbuster and other competitors like Walmart by reacting rapidly to technological advances. According to interviews with current and former Netflix executives as well as industry analysts, the company’s biggest triumphs arose from a nearly unparalleled willingness to upend the business when larger competitors hesitated.

It was because of Netflix’s first-mover advantage that the company was able to maintain price rises in the past. Netflix is now up against Amazon Prime Video, HBO Max, Disney and Hulu, and the rivalry is just about heating up. In the next two years, NBCUniversal (CMCSA), and Time Warner (T) will all launch their own streaming services.

The streaming ambitions of Disney, in particular, pose a serious challenge to Netflix. On the company’s latest earnings call, Disney CEO Bob Iger stated that a bundle of Disney+, ESPN+, and ad-supported Hulu media will be available for $12.99 per month, the same price that Netflix charges in the United States. Disney’s enormously famous tentpole franchises give them a substantial edge in the streaming wars, and their ability to bundle that content with live sports and popular third-party programming is a major competitive advantage, as argued in “Disney’s Avengers Spell Endgame for Netflix.“

How competition is rising for Netflix

Netflix won seven Academy Awards for their quality content in 2021 (the most out of any of their streaming service competition), virtually tripling their all-time Oscar count in one night and bringing their total Academy Award wins to fifteen. Through their online streaming and content creation services, they offer and commit to offering high-quality entertainment to their subscribers 24 hours a day, seven days a week.

However, this does not imply that Netflix has everything in control. Despite the company’s compelling value proposition, it is up against a pack of large competitors. Let’s use a competitive analysis to learn more about Netflix’s main competitors.

As can be seen from the above, Netflix is coming up against some serious competition. These competitors bring significant revenues, large user bases and formidable banks of original content to the party. Can Netflix compete and, eventually, overcome the competition like it did the last time around? Head to Part II of the blog to find out!