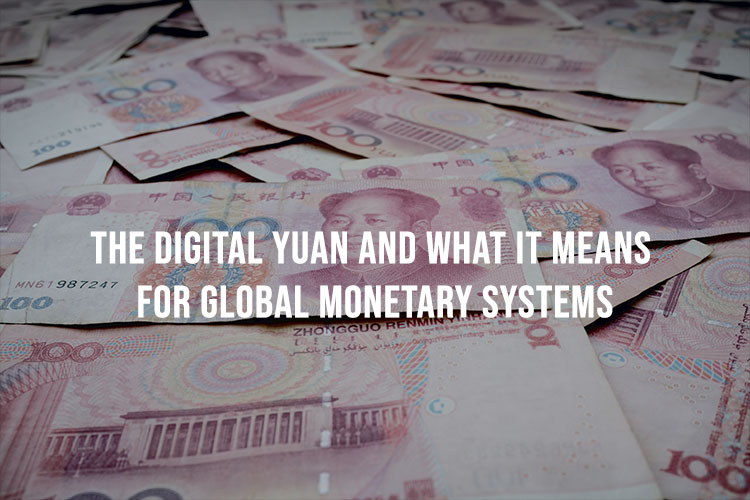 In just the last few years, the world has witnessed a rapid transformation of money. Ranging from cash to digital payments (UPI), mobile wallets to cryptocurrencies, money has different forms but all are precious. From the United States to Japan, nearly 86% of countries are exploring a new-age form of currency – digital currencies. However, China gets an edge over this competition and is all set to launch its digital currency in 2022. Trials for the electronic Chinese Yuan (e-CNY) started in April 2020.

The e-CNY pilot program was launched in Tianjin, Chongqing, Guangzhou, Fuzhou, Xiamen and six cities in the coastal Zhejiang province. In 2021, announced the success of this Chinas program in Suzhou City near Shanghai in Eastern China, where nearly 181,000 consumers were given ¥55 (£6) of e-CYN to spend at outlets.

What will be the impact of China’s digital currency on its own economy?

China started talking about its very own digital currency for the first time in 2013. This is the same year when ‘WeChat’, the country’s most popular messaging app, launched its mobile wallet, and four years after bitcoin was introduced. At first glance, the new digital currency seems like a side project of the Chinese government going through a couple of trials, but the focus started picking up pace dramatically around 2017, leading to public trials.

An official from the People’s Bank of China (PBOC) explained that e-CYN is a legal tender, meaning no organisation in China can refuse to accept it. Just like the paper CYN—original legal tender—it is issued by the PBOC. One e-CYN is worth the same as it is in paper currency, and both can be used interchangeably. Users can exchange or control e-CYN via a mobile app, and purchases would be possible through China’s largest state-owned banks.

Presently, the e-CYN seems to be used only for domestic payments (within China) — and most probably for small day-to-day payments involving consumers, businesses or public authorities exchanging e-CYN online or in-person. However, according to a senior central bank official, electronic YUAN could be used for international transactions. The digital currency promises to both strengthen and regulate China’s economy, which was recorded at US$17.7 trillion (114.4 trillion Yuan) in 2021. Currently, as the Chinese economy is rapidly shifting from high-speed development, digital currency is likely to benefit China through a boom in innovation, investments, jobs and taxes. Reports estimate that the total investment of the economy in China amounted 41.6 percent of the GDP. China’s push to issue a digital currency is likely to go a long way toward expanding the economy and the global influence of the Yuan.

The development of e-CYN also means China’s central bank can have greater control of China’s evolving digital payment ecosystem. Digital Yuan will allow China to bring some of its unbanked and rural population to the mainstream economy, track money and fight against financial crimes. China is rolling out its digital currency at a time when the country’s digital economy is rapidly growing. Reports estimate that the digital economy accounted for more than 30% of China’s GDP in 2020 and can take it to 50% by 2030.

e-CYN will also make payment transactions more efficient, timely, and nearly costless. Cross border payments will also see a transformation once the digital Yuan is available outside China. If it remains under the control of the Chinese central bank, it will make the Yuan influential in the international market.

China’s transition to digital currency: what does it mean for the global economy?

As part of its strategy to globalise the digital Yuan and minimise the dependency on the US-dollar-dominated financial system, the People’s Bank of China has issued a CBDC called e-CYN or digital Yuan or e-RMB. China has gained global supremacy through the first-mover advantage, but the outcome greatly depends on the US response, as well as how the US and Chinese economies grow in the future. With strong fintech foundations, the US is likely to catch up with China’s digital currency quickly, and if this happens, China’s idea to capitalise on the e-CYN will be badly hampered.

Furthermore, Chinese banks lend money to countries in Asia, Africa, and South America for infrastructure development and research projects. Once China regulates its digital currency in the international market, countries that have taken loans or will take in the future might be pushed to accept and repay loans in digital Yuan. This transition will make transactions of other global currencies to Chinese digital currency, reducing the dependency on the US dollar and letting China control international lending and trading.

Economists believe that the early digital currency issuer can reap the benefits of global digital finance, and China has already taken the lead. However, the biggest concern with Chinese digital currency is its attempt to disintermediate the global finances and kill the American banking system, which might lead to sanctions imposed by the US and other countries in the world. The concern is also about privacy when all the transactions will be publicly visible on the blockchain. Digital Yuan also raises a question on the role of commercial banks by cutting their traditional role of intermediation.

The US dollar has always been used as an agent of most cross-country transactions through the SWIFT international banking protocol. This process ensures a high value of the Dollar, which ultimately benefits the US government to borrow easily. The act of Chinese digital currency replacing the US as a global currency could mean havoc for markets, especially the stock market in the Indo Pacific and the countries that heavily rely on the US dollar for international trading.

In the case of India, 86% of the country’s imports and exports are invoiced in US dollars, while just 5% and 15% of India’s total imports and exports, respectively, originate in the US. Even after recent cut-offs, China makes up 16.53% of India’s exports while imports make up 7.6%, and these are also invoiced in US dollars. Hence the biggest concern for India is that China might completely take over its regional dominance in South Asia and Indo Pacific with its digital Yuan.

What would be the benefits and drawbacks of the digital Yuan?

China is planning to roll out digital currency to efficiently meet the people’s demand, improve transactional convenience and privacy, and tap into the growth of the country’s digital economy. But this is just one side of the coin. Let us look at both the positive and negative sides of digital currency.

In recent years, central bank digital currency (CBDC) has emerged as a preferred choice of central banks to make their mark in the digital economy. However, it is important to know what values they actually bring. Mentioning the digital Chinese Yuan mainly, here are notable advantages associated with it.

Besides being secure and cost-efficient, digital currency has many other advantages. However, we checked both sides of the coin and here are the notable setbacks we found with digital currency.

China is planning to roll out CBDC amid escalated tensions between China and US, and Europe. The situation clearly makes it a worrying time to give China the first-move advantage. But given its risk to the global market, it is vital for the US, UK, EU and especially India to test their own digital currencies immediately. However, India has started planning for its CBDC and has set a deadline to launch its first digital rupee by 2023. 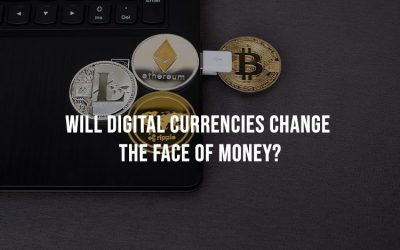 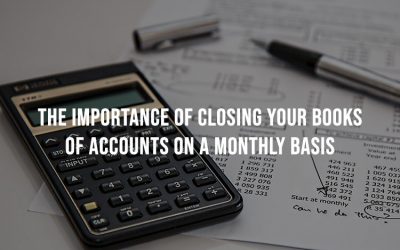 Closing Your Books: The Preamble To The Month-End Closing Checklist and Its Importance

The benefits of closing your books of accounts on a monthly basis are manyfold! Read more about this process, and how it can streamline your accounting activities – read the blog.