The Sri Lanka Economic Crisis 2022: What Went Wrong With The Country’s Economy? 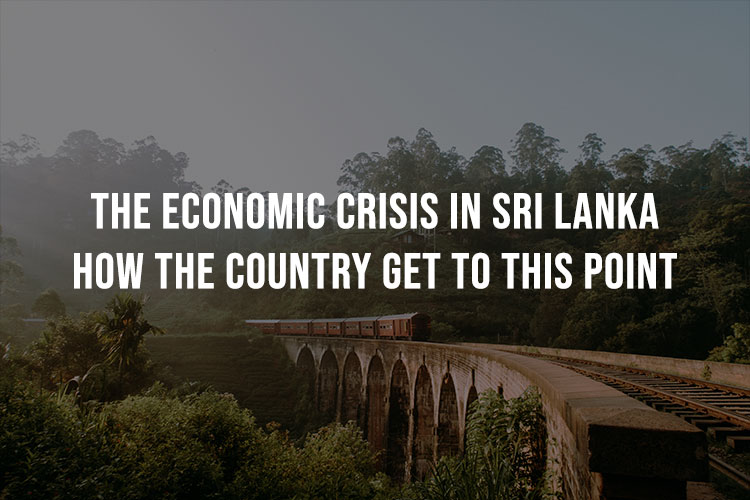 Sri Lanka is currently experiencing its greatest financial crisis in over 70 years. In March 2022 alone, food prices in the island nation increased by a record 30 per cent.

For many, the cost of living in this tourism-dependent country has become untenable. Thousands of people have taken to the streets around the country in recent weeks to seek the president’s resignation.

Sri Lanka’s political unrest and economic problems have resulted in severe food scarcity, with the country’s 21 million citizens now having to spend three times as much for staples such as rice, sugar, lentils, and milk powder.

The price of milk powder has risen by about 1,000 Sri Lankan rupees, or around INR 236 in just a few days, according to the Indian Express.

A 12.5kg cylinder of cooking gas for a typical home increased in price from 1,493 rupees ($4.9) in 2021 to 2,750 rupees ($9) in 2022. Cooking gas has become prohibitively expensive for many Sri Lankans, therefore many are turning to firewood and kerosene as alternatives.

Multiple compounding reasons including tax cuts, money creation, a statewide programme to convert to organic or biological farming, as well as events like the Easter bombings in 2019 and the impact of the COVID-19 epidemic, have contributed to the issue.

Understanding Sri Lanka’s economic downturn: How did the country get here?

According to critics, the foundation of the crisis, which is the worst in decades, is economic mismanagement by successive governments, which established and maintained a dual deficit – a budget deficit as well as a current account deficit.

“Sri Lanka is a classic twin deficit economy,” according to a working paper published by the Asian Development Bank in 2019. “The country’s national expenditure exceeds its national revenue, indicating that its production of tradable products and services is insufficient.”

Further, massive tax cuts promised by Rajapaksa during his 2019 election campaign and implemented months before the COVID-19 pandemic, which wiped out swathes of Sri Lanka’s economy, have worsened the current catastrophe.

As a result, Sri Lanka’s debt management programme, which relied on access to those markets, fell apart, and the country’s foreign exchange reserves plunged by about 70% in just two years.

Sri Lanka has roughly USD 2 billion in foreign-currency reserves, while the entire debt repayment objective for 2022 is USD 7 billion. Further, a total of USD 1 billion in bonds is due to mature in July 2022.

The rise in overall debt, as well as their interest rates, caused the central bank to raise policy rates in order to keep inflation under control. The currency, however, fell in value against the dollar, and the central bank had to draw down foreign reserves to keep the exchange rate stable. These variables had the opposite effect than what was desired, and pushed the Sri Lankan economy into a vicious cycle. 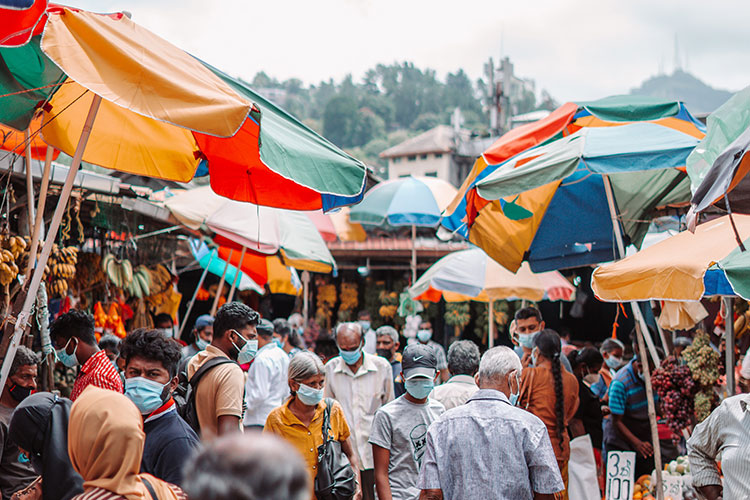 What does Sri Lanka’s future look like? How will the dire economic crisis end?

Ever seen military troops at gas stations and petrol pumps? This seems to indicate the height of a crisis, and Sri Lanka, amidst the ongoing economic downturn, has reached this height. People are waiting for hours in queues to fill their tanks, as the country is facing extreme fuel shortages and inflation.

And this is only one of the country’s many problems. Sri Lanka is experiencing a full-fledged economic collapse.

The scenario has become increasingly bleak as a result of rising costs and the country’s debt dilemma. What comes next is the question.

Will the dire economic crisis in Sri Lanka ever end?

To put these crises to an end, a few options have been suggested by Indian exporters, including temporary permission for Lankans to make payments in their local currency. Another option from India is to either increase the current line of credit in the dollar, or extend a fresh line of credit in the rupee. Both these options are quite difficult for India as well. However, Sri Lanka might just go for another loan from China, but this is not a smart move as the country is already flattened by huge foreign debt — about $51 billion in total.

To understand the endgame of Sri Lanka’s economic crisis, we first have to check the sources of revenue in the country.

Tourism, tea export, apparel, textile, rice production, and other agricultural items are the country’s key revenue drivers. While the tourism sector accounts for 12% of Sri Lanka’s GDP and is the country’s fifth-largest source of foreign revenue, the tea industry accounts for 1.2 percent of GDP and is also important, particularly in terms of foreign exchange earnings, because Sri Lanka primarily exports to the United States, the United Kingdom, and Germany.

Sri Lanka has had a particularly rough time in recent years. The tourism-related effects of the COVID-19 pandemic, as well as the consequences of the Easter Sunday bombing in 2019, have shattered foreign investor and tourists’ confidence in the country. The country’s government also recently decided to go 100% organic, by banning the use of all chemical fertilisers across the board, and resulting in a drastic drop of yield for tea and other agricultural products. The country’s dependency on tourism and tea exports are a few of the key reasons that led to this downturn.

Sri Lanka’s economy needs diversification. For more than two decades, it has produced a limited but consistent basket of primary exports, but these exports are now stagnating or declining.

They have limited resources, yet they must focus on certain products and industries, such as clothes and textiles, which have a constantly changing market. To protect the country’s economy from potential dangers, the country needs to alter its investment rules in order to engage and attract new investors.

What are the lessons that India and other countries can learn from the Sri Lanka Crisis?

The Sri Lankan problem does not happen overnight, which is something that any business or country must understand. Sri Lanka has a number of structural difficulties that have been ignored for a long time. India, too, has structural issues, particularly with its public sector’s size and inefficiency.

The country’s dalliance with big-ticket projects that didn’t give enough value to the economy, as well as the necessity for more export diversification, were two other factors that contributed to Sri Lanka’s economic catastrophe. India, too, has to diversify its exports, and the most straightforward method to do so is to broaden the list of in-line items and strengthen the country’s manufacturing skills.