What Is GST In India? What Are Its Benefits? 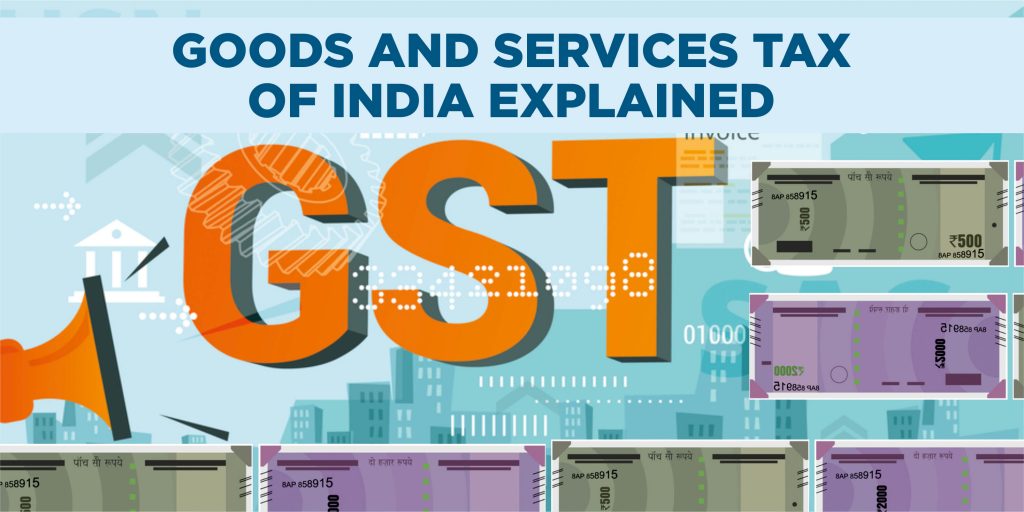 What Is GST In India? Goods And Services Tax Explained

In the year 2017, India went through a major economic reform – the Goods and Services Tax, an indirect tax, was passed by the Parliament of India on 29th March 2017 and came into effect on 1st July 2017. In this article let’s talk about the What Is GST? Goods And Services Tax Explained With Benefits!

The reason why GST is making taxes simpler and easier is because Goods and Services Tax Law in India is an easy, multi-stage, destination-based tax that is levied on every added value. It is an Indirect Tax that has replaced many Indirect Taxes in India.

In simple words, Goods and Service Tax (GST) is an indirect tax levied on the supply of goods and services. This law has replaced many indirect tax laws that previously existed in India.

Before GST – The Confusion

Before the implementation of GST, there was a troublesome tax pattern which was actively followed in India, right from the purchase of raw materials to the final sale to the consumer.

There were many Value Added Taxes (VAT) and Excise Duties applied through the following stages of the product:

Before GST, the statutory tax rate for most goods was about 26%. Pre-GST there were many taxes which were levied by both the state and central governments. Every state had a different set of rules and regulations and mainly collected taxes in the form of Value Added Tax. Whereas, interstate sale of goods was taxed by the Center. There were many more taxes which were applied to many of the goods and services such as Central Excise Duty, Duties of Excise,

So, to replace the existing multiple cascading taxes levied by the central and state governments, GST was introduced as one unified Indirect Tax.

Under the reign of GST, the tax is levied at every point of sale. In case of intra-stage sales, Central GST and State GST are charged. Inter-state sales are chargeable to Integrated GST.

Now, let’s understand better the use of multi-stage and destination based tax as per the definition, here is an example.

A manufacturer who makes potato chips buys potatoes, vegetable oil, and other materials. The value of the input increases when the potatoes and vegetable oil are mixed and fried.

The manufacturer then sells the potato chips to the warehousing agent who packs large quantities of potato chips and labels it. That is another addition of value after which the warehouse sells it to the retailer.

GST will be levied on these value additions i.e. the monetary worth added at each stage to achieve the final sale to the end customer.

There is a multiple change-of-hands when it comes for an item to go through its supply chain: from manufacturer to final sale to the consumer where Goods and Services Tax is levied on each stage which makes it a multi-stage tax.

As far as the destination-based point is concerned, a considered good is manufactured in one state and is sold to the final consumer in another state, so in this case, the entire tax revenue will go to another instead of the initial state, as the Goods and Service tax is levied at the point of consumption.

This indirect tax system under GST improves the collection of taxes as well as boost the development of the Indian economy by removing the indirect tax barriers between states and integrating the country through a uniform tax rate.

Components And Rates Of GST –

India has implemented the Canadian model of Dual GST, i.e., both the Central and State Government will collect GST. There are basically 3 types of GST:

As far as the rates are concerned, GST is imposed at variable rates on variable items. The rate of GST is 18% for soaps and 28% on washing detergents. GST on movie tickets is based on slabs, with 18% GST for tickets that cost less than Rs. 100 and 28% GST on tickets costing more than Rs.100 and 5% on readymade clothes. The rate of under-construction property booking is 12%. Some industries and products were exempted by the government and remain untaxed under GST, such as dairy products, products of milling industries, fresh vegetables & fruits, meat products, and other groceries and necessities.

A brief  overview of the various slabs for products & services

Apart from this, GST in itself is very technologically driven. All activities like registration, return filings, application for refunds and responses to notice needs are done online on the GST Portal. This speeds up the overall process

Here is a brief overview of the  advantages pertaining to GST:

GST is paid by all manufacturers and sellers. It is also paid by service providers such as telecom providers, consultants, chartered accountants etc. However, being an indirect tax, GST is also ultimately borne by the end consumers.

How To Register For GST Online?

As it was mentioned earlier, that GST is technologically driven. With regards to this, there is a singular registration process available online on the GST Portal.

Here’s a step-by-step guide on how to register for GST Online.

Keep the following documents on hand:

You can check the ARN status for your registration by entering the ARN in GST Portal.

And, for simple and trouble-free GST solutions opt for Savage & Palmer Accounting Services.