Why Does CRED Want To Become A Currency? 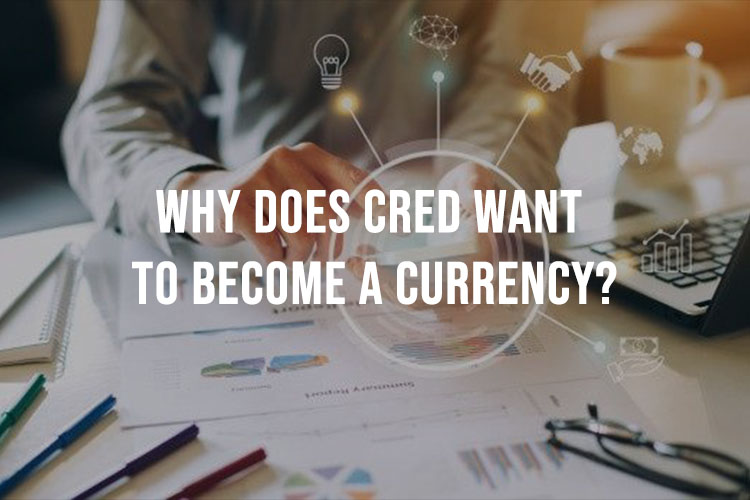 Consider a scenario in which you need to design a new currency from the ground up. What would you do if you didn’t know where to start? To put it simply, you’d have to do a few things.

To begin with, a currency is worthless by definition, but it gains value when people accept it as legal tender in exchange for goods and services. In absolute terms, a piece of paper with a number printed on it is worthless, but it is valued because others agree it is valuable.

Moreover, everyone recognizes the worth of these pieces of paper. But again, we can’t have a situation where anyone can make them out of thin air. Controlling the production and movement of currency is critical too. Mass illusion centered on something useless that is being produced in a controlled environment. That is essentially why Bitcoin is causing such a stir. Scarcity mixed with hype.

CRED And Other FinTech Startups

CRED is unique in a way, unlike other FinTech companies that try to solve your problem when you make payments or apply for a loan. CRED was developed to tackle a single use-case—paying credit card bills. Kunal Shah, CRED’s founder, and CEO founded another startup called Freecharge a long time ago, which was aimed at solving a single use-case—paying your mobile bills.

We can comfortably just say that Kunal Shah enjoys coming out with businesses around apps that enable people to perform one thing reasonably consistently and predictably. This is a bit risky and possibly counter-intuitive from a product sense.

The prevailing wisdom among FinTech startups is to collect as many use-cases as possible rather than focusing on just one. And we see multiple FinTech startups competing for tooth and claw to convince you to perform as much as possible on their platform, right from money transfers to bill payments to mutual fund investment to shopping to insurance, and much more.

That’s the reason we say CRED is unique in a way. CRED encourages you to use it to pay your credit card bills. That is everything they have to offer.

This isn’t even a really compelling issue. Nobody actually requires CRED to pay a credit card bill, so CRED needed to work hard to create the need. And they did so by rewarding users for paying their credit card bills with CRED reward points. Once you are on the site, these CRED reward points can be exchanged for cashback, discounts, and other deals. This serves as a motivation, reminding users to check in to the app at least once a month to pay their credit card bills. None of this is out of the ordinary. Airlines and credit card companies routinely offer a fictitious currency as bait in exchange for a regular, repetitive transaction.

CRED adopted this concept and for a long time, following the same playbook. Pay the bill. Get points. Points can be redeemed. Get some merchandise. Repeat. Then CRED had an idea…Can we raise it a notch higher? Reward points have a number of complications. They’re disconnected, and you never get a full picture of them. You could be making a lot of transactions on your credit card and racking up points without even realizing it. Furthermore, the benefits for redeeming these points are frequently meager, putting them out of sight and, eventually, out of mind.

Evolution Of CRED With More Use Cases

As a result, CRED has determined to do everything possible to ensure that you never forget about it. It developed newer products that rewarded you for every action such as paying your rent or taking out a loan.

You’ll spend more time on CRED’s app if you have more use-cases. It is a major sponsor of the Indian Premier League, which is one of the most well-known and high-profile sporting events on television. It created several brilliant commercials that went viral. It purposefully built a divisive user interface for its app…because that was part of the plan.

CRED believed that if it had to create a currency, it should do so in the form of a currency. It wanted as many people to use its app as possible, as well as a reserve of CRED reward points.

The success roadmap for CRED is pretty simple. Do whatever it takes to draw attention. Convince users to sign up at your platform and make them collect your made-up money- CRED Reward Points.

The next logical step is to give this currency value. The goal is to make CRED reward points valuable enough that they can be used to buy high-priced goods and services. Assume you’re a retailer, such as Amazon or eBay. What would you reply if CRED approached you and told you, “Hey, Would you be interested in offering a washing machine worth Rs 20,000 to my users in exchange for a million CRED reward points?” So, you’re probably going to tell CRED that anyone can buy anything using CRED’s reward points, washing machine, or TV. All you actually care about is getting Rs 20,000 in your bank account at the end of this transaction.

Amazon or eBay most likely tells all reward points companies interested in a special offer like this. You can do whatever you want as long as we get paid. Not in CRED reward points but in the real currency.

This is where CRED makes an intriguing argument, which goes something like this: CRED has a large number of high-value users who spend a lot of time on its app doing various tasks in order to earn reward points. Would Amazon be willing to advertise its product and offerings among these HNIs?

This would not be a typical advertisement, but rather an interactive one that made the product incredibly desirable. This is a one-of-a-kind service that the only CRED can provide. Put your goods in front of a high-income audience and give them an unrivaled experience. Purchasing a television with reward points may not be as simple as it appears. Users may be required to play a game, with the winner receiving a television.

CRED faces direct competition from numerous competitors, which it cannot win exclusively on the basis of its product, at a time when the financial rainbow has been painted on by apps of all colors. It doesn’t take much to create an app that reminds people to pay their credit card bills and rewards them with cash.

CRED also only requires people to download the app (and grant it all of the necessary rights). This gives it access to a wealth of data that it can use to construct a tailored and contextual financial platform in the future.