Statistics show that India will become the most populous country in the world by 2050. With reference to this ongoing scenario, India’s GDP will rise by $406 billion by 2050, and more than 43 million new jobs are expected to be created. However, these figures, while impressive, exist in spite of the disappointing figures relating to the participation of India’s female population in the workforce.

Wondering why the female labour participation rate is so low? In India, women don’t just have to fight against entrepreneurial challenges but also break gender stereotypes in society. There have been many barriers, especially societal biases, that have kept women entrepreneurs from advancing for generations.

However, despite the low labour force participation rate and social barriers, women make up 13.76 percent of entrepreneurs in India and 20.37 percent of MSMEs, making them a force to be reckoned with. Persevering over patriarchal traditions in the male-dominated corporate world, these women have proved that the sky’s the limit for women entrepreneurs who wish to take flight!

In the last couple of years, women entrepreneurship has changed and things have started to become more positive for women in businesses. It is heartening to see that women are identifying their potential and penetrating the male-dominated corporate ecosystem. From Vandana Luthra, the founder of VLCC, to Badusha Srivastav, the founder of ExpressEarth, there are many women venturing into business and breaking the stereotypes set by society along the way. The credit for this revolutionary transformation goes to the women themselves.

Despite the very low labour force participation rate, the new generation of women entrepreneurs are doing exceptionally well, and in the process, are reshaping entrepreneurship in India. It’s been a long road to this point, and we still have some way to go. Through this blog, we’ll give you the lowdown on the realities faced by women in the workforce, as well as what’s being done to change the landscape. 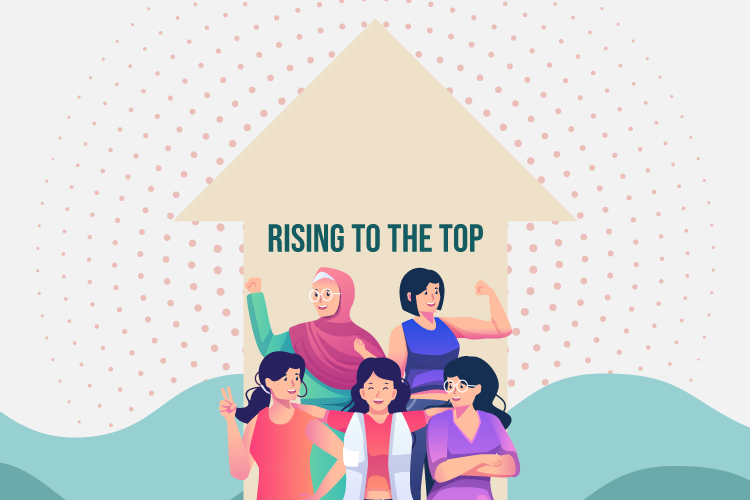 Entrepreneurship in India is destined for centre stage, with our working-age population expected to reach 800 million by 2050. However, having a glance at the current figures, India’s Female Labour force Participation rate declined to 16.1% during the third quarter of 2020.

In a report, the World Bank estimates that India has one of the lowest female labour contribution rates. Less than one-third of women – 15 or older – are actively seeking a job.

Moreover, a huge portion of the female workforce is associated with unorganised, farm and factory labour, which were hit hard by the pandemic. It led to the unemployment rate among women touching 15.8% in September 2020.

Many other factors like gender differences in law, the gender wage gap, and safety concerns have gradually contributed to India’s low and sluggish female workforce participation. The low labour force participation rate of women is reflected in India’s dismal score in the index of Women Entrepreneurs, where we rank 52nd out of the 57 countries that participated.

Fortunately, a portion of women in business have held the fort to drive change and boost the female labour force participation rate. In India, the Periodic Labour Force Participation for women aged 15 years and above stood at 30% in 2019-20, compared to 24.5% in 2018-19 and 23.3% in 2017-18. However, it’s clear that India is yet to fully capitalise on this demographic dividend.

So let’s learn about what’s holding India’s female population back from success in business.

Why are there so few women in the workforce?

Irrespective of gender, venturing into a new business is challenging. From fund gathering to market analysis, penetrating competition, infrastructure, and regulatory compliances, a lot goes in and out of a startup. However, women entrepreneurs have to overcome many additional challenges. Their progress is hindered, primarily by the gender gap in a male-dominated environment.

These impediments contribute to low female labour force contribution and are considered challenges for women who want to start their own businesses.

Though success has nothing to do with gender, gender bias is real, especially in respect of women in the workforce. It is driven by the unintentional inheritance of patriarchal traditions, norms, culture, and workplace values. However, women are now breaking this bias.

For a long time, women have been denied the opportunities that were afforded to men. Due to archaic attitudes regarding the education of the girl child, nearly 70.3% of women were reportedly illiterate in India in 2017 – 2018. This has always been considered one of the greatest socio-economic issues faced by the country, and remains one of the biggest impediments to women’s success. Without a foundational education, several women lack the platform to grow further and gain business knowledge, and the effect of these figures are ultimately reflected in the small percentage of successful women entrepreneurs in the country.

Though entrepreneurship is, by nature, a risky undertaking, irrespective of gender, women are often wrongly assumed to be more risk-averse than men. This stereotype leads to difficulties in respect of procuring funding from investors. Therefore, about 79% of women-owned ventures are self-funded.

A robust network and dedicated team are indispensable for entrepreneurial success. Due to a lack of guidance throughout the journey, most women often fail to establish networks catering to their needs. This highlights the need for strong mentorship for women entrepreneurs.

Flipping the coin, “business is a man’s domain” shows that society first expects women to look after their homes and families. Juggling between a business and family is challenging. This often leads to lower bandwidths, confidence, self-esteem, and therefore success.

Safety in the workplace

In this regard, some encouraging improvements in women’s empowerment have been seen, but progress on filling gender gaps appears to be stuck. Violence and harassment also remain a reality for many women in the workplace. 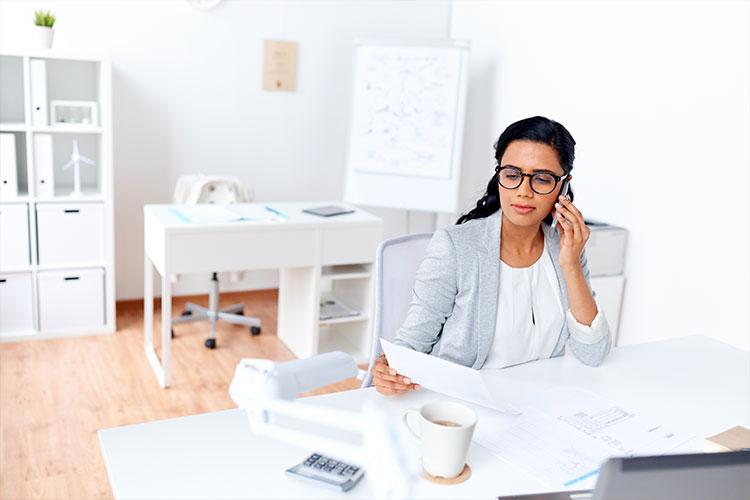 Value of women in the workplace

Sadly, it is true that the setting in most offices often favours men. Indian organisations need to think beyond six months of maternity leave to encourage and empower their female workforce. The government has also introduced some revolutionary policies that will surely bring positive change for women entrepreneurship.

The number of Indian startups has doubled 10x in the recent decade. Inspired by successful women leaders, a new generation of women entrepreneurs is tapping into less-transformed sectors from healthcare, beauty, education, sanitization, and even IT, which have always been wrongly assumed to be men’s domains.

As mentioned above, financial support has always been a major impediment for women. However, the government has introduced several loan schemes centred on women’s entrepreneurship.

Let’s have a look at some loan schemes the government has introduced to simplify women’s entrepreneurship.

There are many more loan schemes, such as Mahila Udyam Nidhi Yojana, Orient Mahila Vikas Yojana Scheme, Cent Kalyani Scheme, Udyogini Scheme, etc. These are all working towards setting up better opportunities for women entrepreneurs.

Potential to strengthen the economy as a whole, and make india a world leader

Over the last few years, the face of women’s entrepreneurship has changed dramatically, and significantly evolved the social and economic demographics around the world. In 2021, the proportion of women in senior management roles globally grew to 31%, the highest number ever recorded.

Because of their high-precision work and higher productivity levels, women are now being preferred for leadership roles and have the potential to dominate in new-age industries such as electronic manufacturing, where women already make up more than half of the workforce. Women’s literacy rates increased by 8.8% in FY21, highlighting the country’s promising future. These figures support the success of women in entrepreneurship and why we need more women in leadership positions.

Currently, India has approximately 432 million working-age women and nearly 15.7 million women-owned businesses offering employment to over 27 million people. At this rate, women entrepreneurs show the potential to become the biggest driving force in Indian economic growth. As per McKinsey, the country’s economy can grow by $770 billion – and add more than 18% to its GDP by 2025, simply by ensuring equal opportunities to its female workforce.

As a fitting conclusion to this piece, Savage & Palmer would like to offer our 21-gun salute to all our successful, intelligent, and courageous women clients and entrepreneurs who continue to push through to prosperity.

Further, we support women entrepreneurs and all women in business. So, if you as a woman entrepreneur would like any help with managing mundane tasks like accounting, payroll management, and debtor collection, OR front-end activities such as performance marketing and paid ads, we at Savage & Palmer would be happy to help. If you’d like to know more about us, click here, or direct message us at https://wa.link/in3w8p.